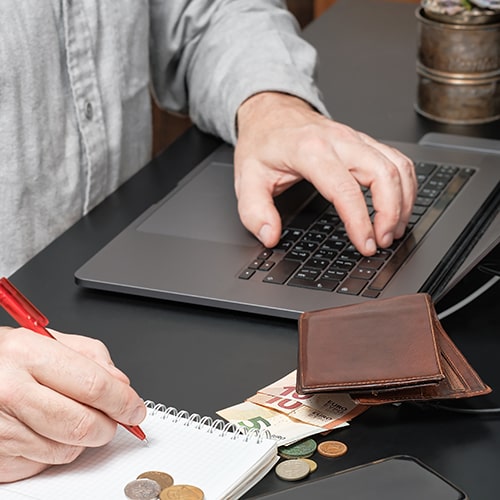 On September 3, 2004, the Bangko Sentral ng Pilipinas (BSP) issued Circular No. 447 which paved the way for the creation of Unit Investment Trust Funds (UITFs). A UITF is an open-ended pooled trust fund denominated in pesos or any acceptable currency, which is operated and maintained by trust entities.  The BSP considers UITFs as an improved version of the existing Common Trust Funds (CTF) which bears a close resemblance to mutual funds.

As with mutual funds, each investment in UITFs is expressed in terms of units.  To participate in UITFs, an investor must purchase participation shares at their Net Asset Value (NAV).  The money invested by investors in UITFs is pooled with that of other investors and placed in various financial instruments.  The earnings add up to the NAV of the shareholders.  Any shareholder who redeems his shares earns the increment in the NAV per share as against its value at the time of his participation.

UITFs offer the advantage of professional management and the opportunity to diversify investments.  And because of these features of UITFs, they easily became the investment instrument of choice by many investors.  In less than two years since these were launched, the total amount of money invested in UITFs has grown rapidly reaching a high of P324.3 billion at end of April 2006, before the industry was hit by huge withdrawals/redemptions which reduced the total value of UITFs to 206.8 billion as of May 30, 2006.  Investments in UITFs, however, are expected to continue their upward trend with the conversion of most CTFs to UITFs in line with the scheduled phase-out of CTFs on September 30, 2006.

UITFs made news when the BSP called the attention of the Trust Officer’s Association of the Philippines (TOAP) on their potential tax liabilities as trustees of UITFs for the non-withholding of taxes on gains from redemption of UITF participation.  In a related development, the BIR announced that it will monitor the banks’ UITF transactions to ensure they comply with all of their UITF tax obligations. We discuss the issues surrounding the controversy on the taxation of UITFs.

We begin by noting that UITFs do not qualify for exemption under Sections 24(B)(1) and 25(A)(2) of the Tax Code for long-term deposits.  It should be noted that while the BSP considers the term “UITFs” as synonymous to CTFs, it clarified that UITFs do not include long-term funds designed for the primary purpose of availing the tax incentives/exemption under the Tax Code. As open-ended trust funds, UITFs are redeemable at any time upon the request of the investor, so they clearly do not conform to the features of long-term deposits/investments which will qualify the individual investors for tax exemption.

The current rules on the taxation of trusts are embodied in BIR Ruling No. 003-05 (July 22, 2005).  Although there is no specific provision dealing exclusively with UITFs, the tax treatment of UITFs should not be any different from CTFs since they are considered similar products.  Thus, in Ruling No. 003-05, the BIR makes a distinction between a revocable or irrevocable trust which receives differential tax treatment.

In contrast, a revocable trust, for which a different set of rules apply, is only a pass-through entity, and is not, for tax purposes, considered separate from the owner-trustor. In a revocable trust, all the income of the trust would be taxed to the trustor-grantor and is to be included in its taxable income.  However, in case the income from investments of the revocable trust has already been subjected to final tax, the BIR held that such income should no longer be subject to tax when it is distributed to the investors. For example, the net gain (i.e., net of ½ of 1% tax and DST) derived by a revocable trust from its sale of shares of stock in the stock market should already be tax free when received by the trustor-beneficiaries since such income has been subjected to final tax.

Applying the above rules in the case of UITFs, the issue that needs to be resolved is whether or not the income of UITFs which has already been subjected to final tax and eventually distributed to investors in the form of gains upon redemption of UITF participation should still be subject to 20% final withholding tax which is imposed under Sections 24(B)(1) and 25(A)(2) of the Tax Code on the interest income and any other monetary benefit from trust funds.

Our understanding of the nature of UITFs is that they are considered as revocable trusts since the beneficial ownership in a UITF is maintained with the trustor-beneficiary, and considering that in case of death of the trustor, the UITF participation forms part of the trustor’s estate subject to estate tax.

As revocable trusts, UITFs should be treated as one and the same taxable entity as that of the trustor.  Following the rules promulgated under BIR Ruling No. 003-05, if the applicable taxes have already been paid on the UITF investments, there should no longer be a need for the trustees of UITFs to withhold a 20% final withholding tax on the gains upon redemption of UITF participation.  Thus, proceeding from the above discussion, it is maintained that there should be no need for separate tax to be imposed upon redemption of UITF participation since the proper taxes have already been collected through the final withholding tax system.  With this article, we hope that we are able to help clarify the issues involved in the taxation of UITFs.

(The author is a tax manager at Punongbayan & Araullo, member firm of Grant Thornton International. For comments and inquiries, please e-mail the author at Senen.M.Quizon@pna.ph or call 886-5511.)